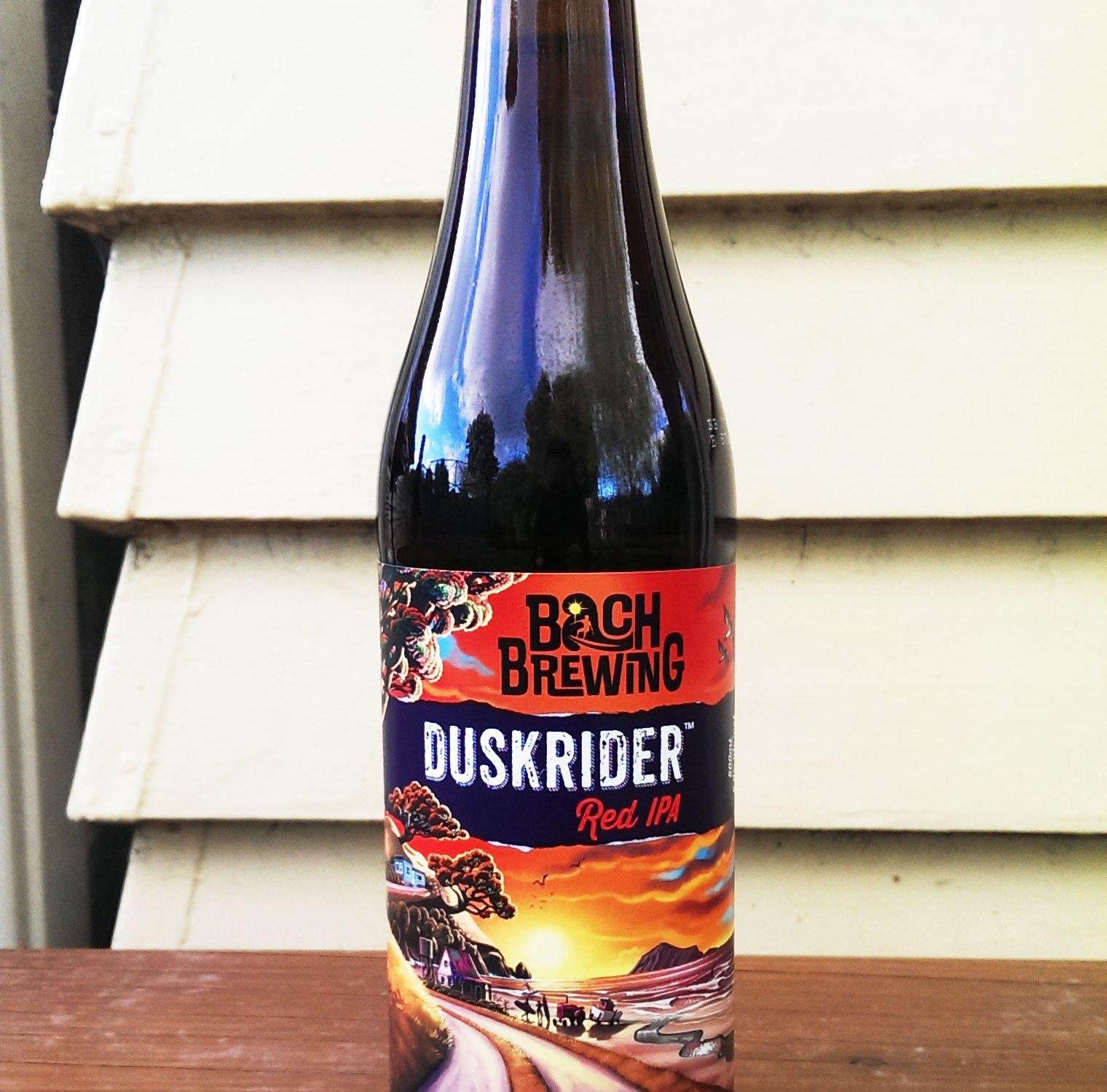 Who doesn’t love lazy days at the beach? Bach Brewing has embraced the quintessential Kiwi holiday lifestyle in its branding and married the ideal to its brews.

The label imagery shows a track winding its  to a beach, with a couple of baches on the hillside punctuated with iconic summer bloomed Pohutukawas. On the back of the bottle there’s a washing line hung with a towel, boardies and few crays – surfboard leaning against a tree.

There is no fancy hipster irony at play here, it just emotes nostalgic summery good times.

Billed as a Red IPA there’s nothing particularly pale about this ale in terms of looks apart from the creamy head. The ‘Duskrider’ intends to capture the chilled vibes of sundown with its crisp copper-red hue, smooth malty texture and a little hoppy kick for good measure.

Fresh out of the bottle the bitterness of the hops stand out the most until the carbonation settles and the blend of specialty malts and citrus hints come to the fore. It really is a smooth and laid back drop and I loved it. I will certainly make an effort to try the other Bach Brewing offerings which include three more pale ales and pilsner.

The ‘Duskrider’ clocks in at lively 6% alch vol and comes in the standard 500ml brown bottle. This particular brew also won the Gold Medal & Best in Class, 2014 NW Beer & Cider Awards as well as the Silver Medal, 2014 Brewers Guild of New Zealand Awards. It’s not hard to taste why.

For this dusky bev I’ve chosen the soulful grooves of Fat Freddy’s Drop. From 2002, ‘Hope For A Generation’.
More info from the brewer:
http://bachbrewing.co.nz/

Tasting Notes:
Duskrider has a ruby-red hue and throws a bouncy aroma of pine and orange peel. The smooth and creamy body has notes of caramel and even a touch of sherbet before a moderately bitter finish.

Label: Duskrider is brewed with specialty malts for a ruby-red hue, and a hop forward fix of tropical fruits and citrus from US Cascade, Amarillo, Citra and Nelson Sauvin.
Brewed and bottled at 186 James Fletcher Dr, Auckland.